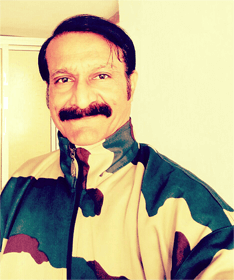 Kung Fu Martial arts is a special kinds of skills a fine art rather than nearly a physical exercise, it is a subtle art of matching the essence of the mind to that of the techniques which it has to working. The principal of kung fu is not a thing that can be learnt like a science but the purpose behind the evolution of kung fu was rather entire and complete self development than just a skill of self defense. The monks arduously evolved this way of self development of which self defense is nearly and incidental aspect.

When monks use to practice kung fu they didn't have self defense or fighting aspects in their mind. They used to put themselves in touch their own bodies in other words kung fu was a form of self development to them.

Kung fu is an "accumulation of work or training" However, in the sense of martial arts kung fu means training and inculcating discipline in the efforts to move further in the spiritual journey towards the ultimate reality of the object. That object could be health promotion, cultivation of mind or self protection.

A complete martial artist requires both offensive and defensive performance through the development of self preservation, self perfection and self development.

I don't teach kung fu martial arts but I share the same with the genuine seekers of the knowledge of martial arts. I can't someone good as a whole but only the practice and the hard work will enable the person to make progress, to grow and to develop.

So, here, I would humbly like to clarify that Yin Yang Chi Kung Fu Martial Arts Research & Development, India is working on research and development over the project of traditional and modern scientific martial arts for several years.

Our organization is not creating a new style in the world of martial arts but it is doing a unique research in its own way. We want to adopt such a method of learning and developing martial arts and would like to include the teaching & preaching of the contemporary, ancient as well as innovative martial artists. According to our agenda the goal of "YYCMARDA" is to spread kung fu throughout world as this art is enriched with philosophy and culture. This is not simply game of winning one or two points but is a way of life.

For this purpose we cordially invite all the respectable, honorable martial artist, kung fu and Tai chi experts, Masters and organizations to join us.